So the other day, I was running some test deployments in my Server 2012/SCCM 2012 SP1 lab environment. I was ready to deploy a Windows 7 image to a test machine, when I hit this error while creating my task sequence media boot.iso: “The self signed certificate could not be created successfully”. 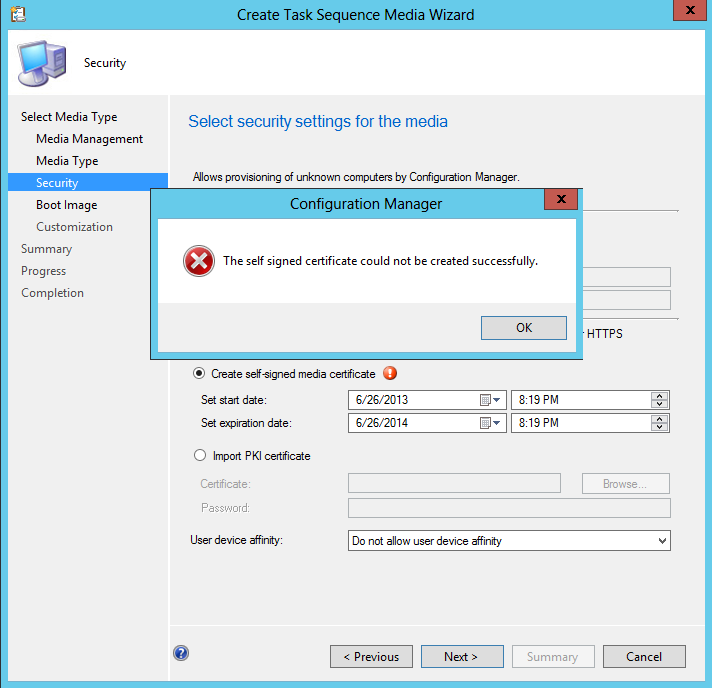 My first reaction was typical- “What did I break?”. So to further investigate, I opened the CreateTsMedia.log in the <SCCM Install Directory>AdminConsoleAdminUILog folder. This revealed the error “Cannot acquire crypt content”. 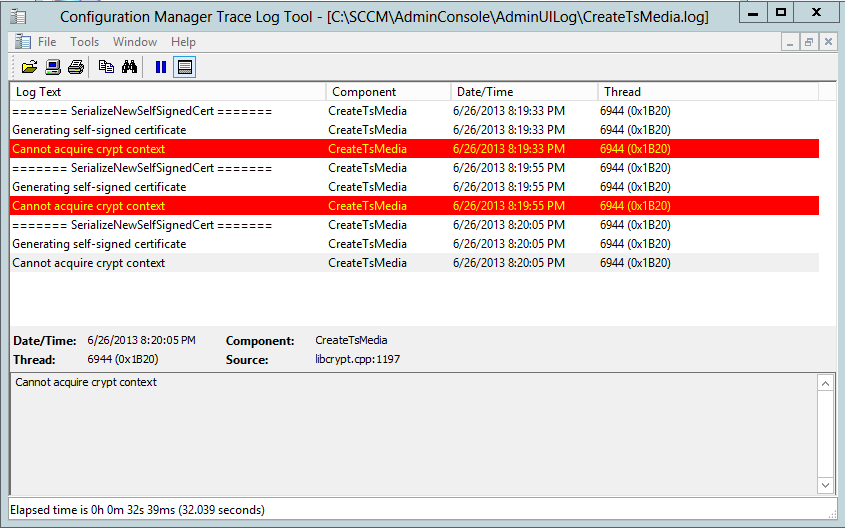 I suppose this is somehow related to creating a self-signed certificate. I found that the problem was limited to my own user profile (other users on the same server had no issues creating the same boot media). But after some further digging, I found that the way to fix this was to delete a key located in C:Users<user>AppDataRoamingMicrosoftCrypt.

This fixed everything, and I could proceed to create the boot media as originally intended. Of course, blowing away the profile on that server would also work, but why bring a grenade to the fight when a 9 iron will suffice?

2 thoughts on “Archive: “The self signed certificate could not be created successfully””