PXE-booting has been around for a long time and is still used today for OS deployment in Configuration Manager and many other tools. A few years ago (ok, maybe a decade) when laptops/tablets started shipping without Ethernet ports, it threw a wrench in the PXE-booting process used for OS deployment. Not only was the port missing, but the MAC address which was previously hard-coded to a system was now “portable” across devices using the same USB network adapter. This meant that by default, a USB network adapter would be associated with a system after deployment and wouldn’t be allowed to PXE-boot another system without some additional configuration.

A more technical explanation: Configuration Manager has a special collection called “Unknown Computers” that contains all systems that are not managed (their MAC address and GUID do not exist in the CM database). This collection is commonly used for OS deployment because it’s safe (it protects existing systems from being imaged) and easy (new hardware will PXE-boot out of the box with no additional setup). Since USB network adapters tend to get around, their MAC addresses are no longer unique to a single system and you can’t reuse them without some cleanup in the SCCM console. There are several fixes that have been used over the years including modifying task sequence deployment settings, deleting the client associated to the USB network adapter in SCCM, or even running a scheduled CM database query.

Microsoft happens to make both devices without Ethernet ports and the tool that manages them, so we’re in luck. Starting way back with Current Branch 1610, Configuration Manager has a feature to handle these USB network adapters that you might have missed (I did for a couple branch builds). These floating adapters are now referred to as “Duplicate Hardware Identifiers” in SCCM and are very easy to manage. Simply add the MAC address of the adapter(s) you want to use for PXE-booting and they will never get associated to a client, allowing for reuse with PXE. 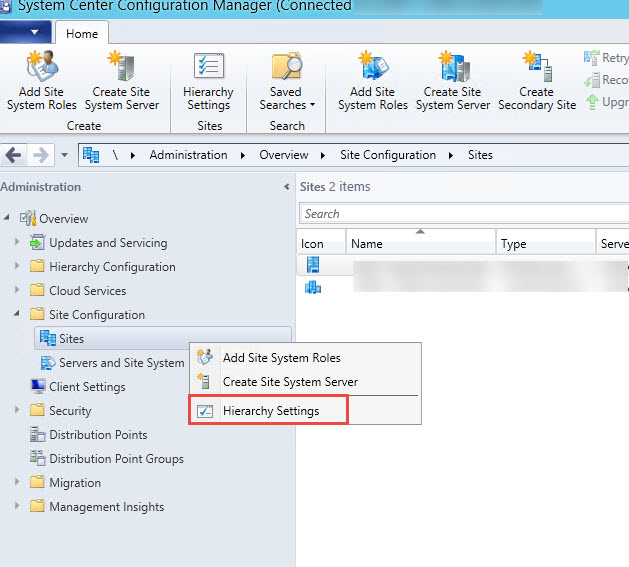 You can easily add the MAC addresses of your USB network adapters as needed. 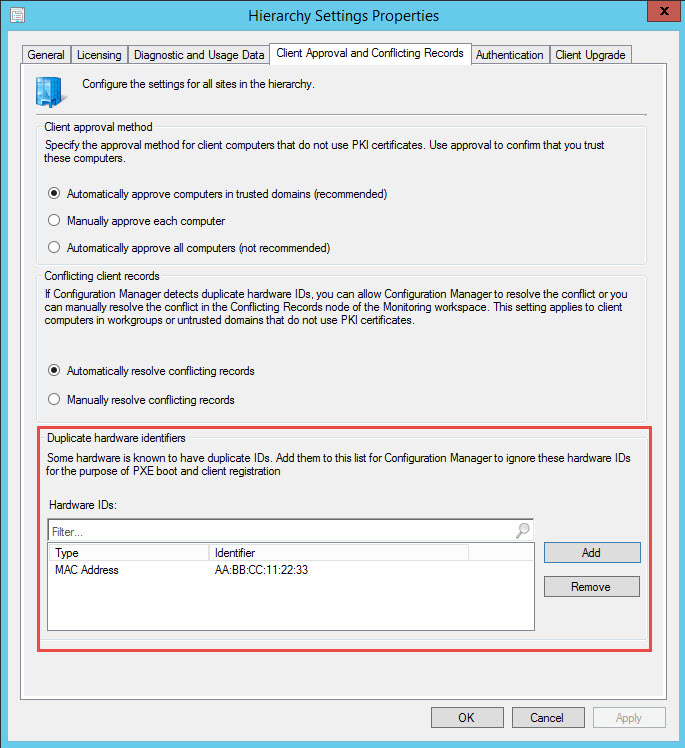 You can usually find the MAC address on the outside of your physical USB network adapter or just by running ipconfig/all while attached to a system.

Kudos to the Configuration Manager team for adding this feature after feedback from the community.