In summary, here’s some of the biggest new features in this SP:

When ready to upgrade, download the self-extracting installers and run them in this order:

Like other ConfigMgr service packs, extract the contents and run “splash.hta”. 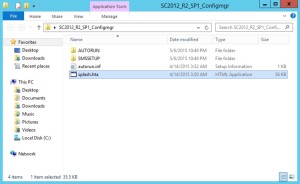 Install from “SC2012_SP2_Configmgr_SCEP.exe” first. You can verify the version on the splash screen (highlighted below). 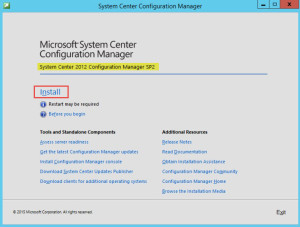 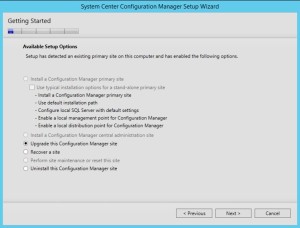 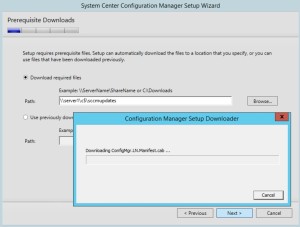 You can see that the setup type is “Upgrade”. 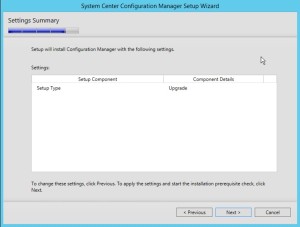 You will be presented with any warnings or items to fix prior to install, then you can begin the installation. 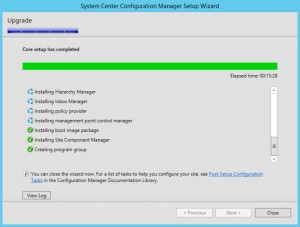 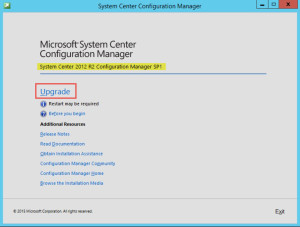 This installation is much smaller and faster. 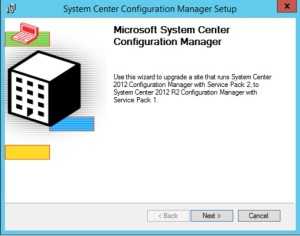 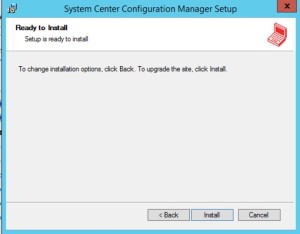 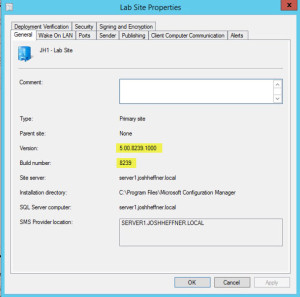 This version should also appear for your clients once they are upgraded. 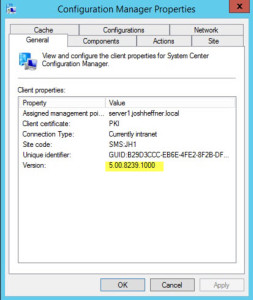 Right now, this media can be downloaded in the Technet Evaluation Center, though the media is the same between the evaluation and the full version. You also have the option to install a Configuration Manager 2012 R2 SP1 from scratch using this media.

In summary, there’s nothing new to installing this service pack  compared to prior versions of 2012, but the names could be a bit confusing if you don’t pay close attention.

I’ll follow this post up with some other related info, such as deploying the SCCM 2012 R2 SP1 client upgrade.

Update 5/14/2015: Thanks to @jarwidmark for some additional clarity around the versions!

Update 7/19/2015: Before installing this Service Pack, beware of a bug that causes driver packages to multiply in size! If you use the OS Deployment functionality of SCCM, you may want to hold off for now.

Update 8/5/2015: Cumulative Update 1 has been released to fix several bugs in this Service Pack. I highly recommend installing it – here’s my post on it. The driver import issue is not fixed in this release.