For those familiar with Microsoft’s OS deployment vision, you know that MDT is intended for lite-touch use, and SCCM is intended for zero-touch use. In the real world, I have configured several deployments with the opposite goals- MDT deployments that are very automated that don’t require much user interaction, and SCCM deployments that take a number of inputs from the user. The fact is that there are other reasons to use one deployment method over the other, regardless of the amount of user interaction.

One of the most common additions necessary to the OS deployment process in SCCM is a simple prompt to input the computer name. Yes, you can import it in computer association. Yes, you can automate it with scripting. Sometimes, there’s just no way to automate the naming of a system in certain organizations. A couple examples might include computer names with usernames (eek) or organizational asset tags that aren’t set in the BIOS. For this, we get to the meat of the post. We can easily add a prompt to enter a computer name.

In the past, I’ve created a simple VBS or WSF script file inserted into my task sequence. You can create a simple package with this script file, add a “Run Command Line” step in your task sequence right after the “Gather” step, and it will prompt for a name input. You can see this method here. This is very simple and reliable, but there’s actually an easier way.

The computer name variable is actually stored in a simple task sequence variable called OSDCOMPUTERNAME. In SCCM 2007 and 2012, you can actually make your task sequence prompt for this variable. The first place you can do this  is in the collection properties for where your deployment is pointed. You can then create a prompt that will appear for every task sequence deployed to this collection. For a lot of people the Unknown Computers collection will the most relevant to use this for. 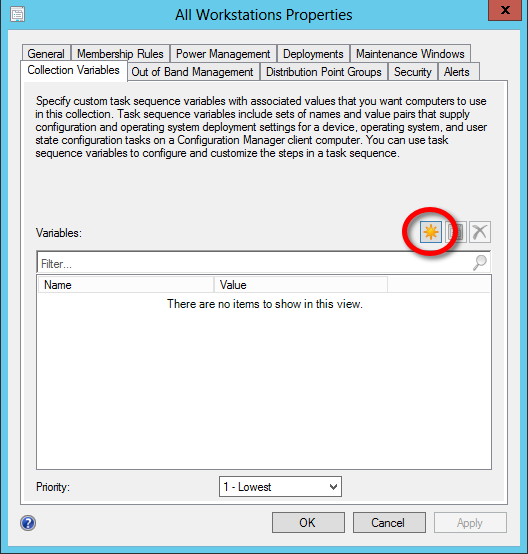 Input OSDCOMPUTERNAME for the name of the variable, and unselect the box for “Do not display this value…” 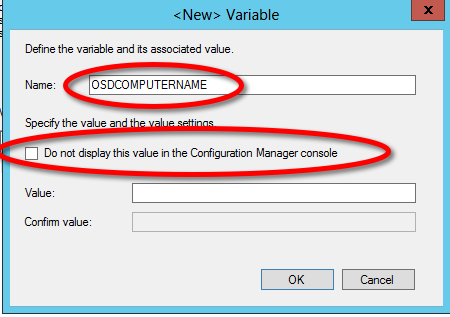 This might not be ideal for a collection in your environment, though. Luckily, you also have this option when you create task sequence media to kick off an OS deployment. In the media creation wizard, you can also customize the media by adding the OSDCOMPUTERNAME variable. 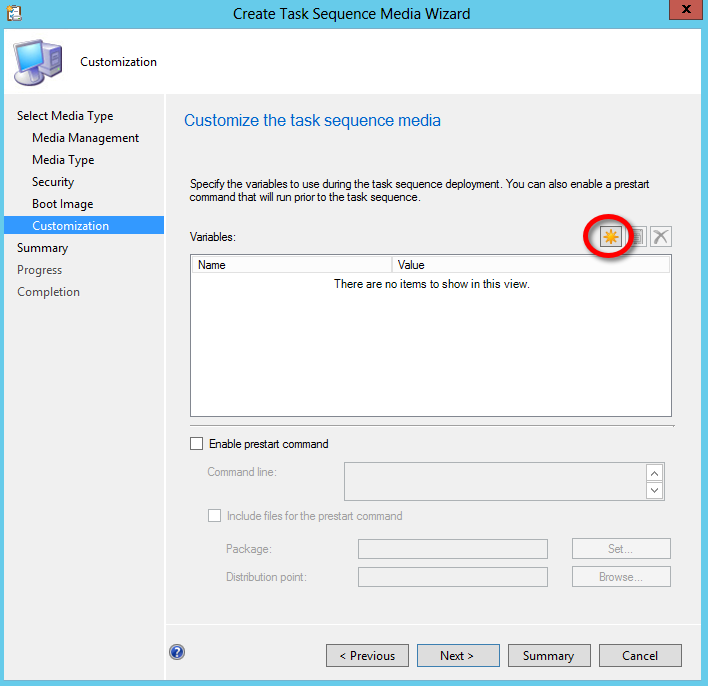 Now, when you run your deployment, you will get the following prompt at the beginning. 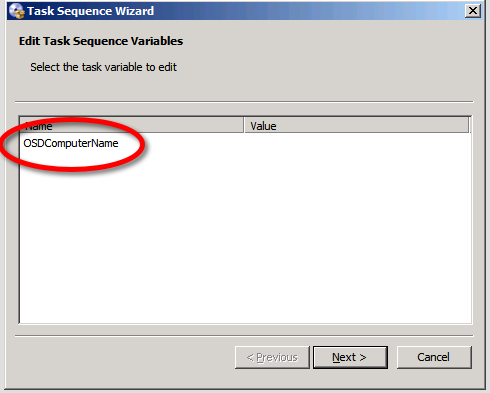 And it’s as simple as that. I promise that you will get over the sadness of missing the auto-generated “MININT” computer name prefix.